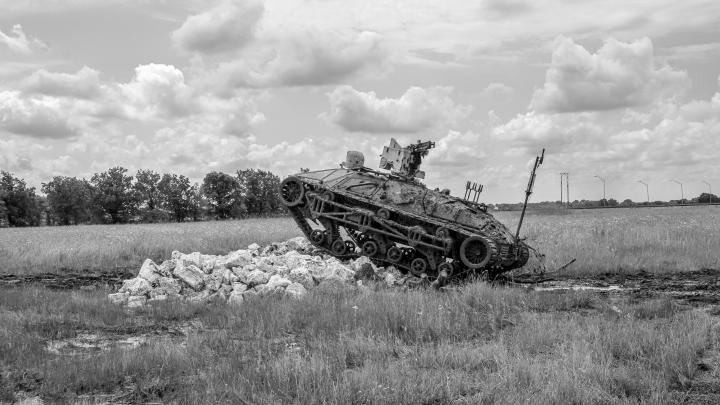 The Ground Vehicle System (GVS) Other Transaction Agreement (OTA) W15QKN-14-9-1002 was awarded under the auspices of Section 845. During the performance of this OTA, changes to the OTA prototype requirements were implemented as a result of the FY2016 National Defense Authorization Act (NDAA), which eliminated Section 845 and created Section 815.

W15QKN-14-9-1002 was modified to change the authority from Section 845 to Section 815, which among other changes, revised the definition of a Nontraditional Defense Contractor. Another significant change to how the OTA operated was the ability to enter into follow-on production awards following successful performance of a prototype project, provided the OTA was competed. Because W15QKN-14-9-1002 was not considered as having been competed, follow-on production per the Section 815 guidance was not an available option under the FY14 awarded OTA.

Given this limitation and that the OTA was committing more than the estimated $100M per year ceiling, the Government determined there was a need to solicit for a new GVS OTA using competitive procedures. As a result of the competitive process, NAMC was awarded the new GVS OTA, W15QKN-17-9-1025. The new OTA allows for follow-on production in accordance with Section 815 and has a 5 year, $2B ceiling. 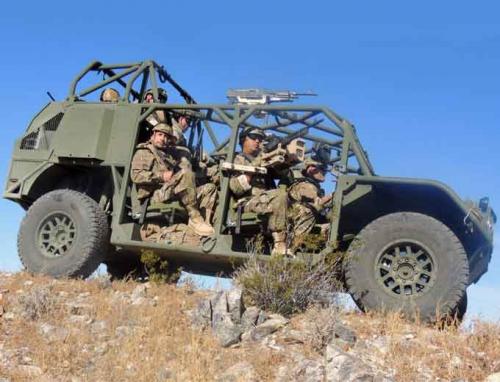 The OTA construct would be nothing without the government partners critical in shepherding DoD priorities through the process. While NAMC serves as the industry lead, we rely on our partners to ensure success. Uniquely, our OTA is with the Ground Vehicle Systems Center (GVSC), which is also aligned with the Next Generation Combat Vehicle (NGCV) Cross Functional Team (CFT), both of which are home to top Army technology priorities and is contracted through Army Contracting Command - Detroit Arsenal (ACC-DCA).

The GVS OTA allows the Government to engage with NAMC Members to undertake projects which develop and integrate prototype systems and component technologies under the technology objective areas listed below.

Efforts to advance autonomy and/or coordination algorithms, including as applied to other platform types (aerial, surface, underwater) as they relate to GVS collaboration and ground, air (to include Tactical Unmanned Aircraft Systems), and maritime vehicle teaming.

Efforts to advance the state of the art in systems, subsystems, and force effectiveness as well as reducing physical testing and life cycle costs. Examples include mission, campaign, war-gaming, physical, testing, and evaluation models and simulations.

Efforts to advance research in fuel and water technology necessary for robust systems integration and operational efficiency. Examples include research pertaining to ground fuels and lubricants, as well as ground water supply and wastewater treatment.

Efforts to advance research in the area for testing, evaluation, and validation of manned and unmanned ground vehicle systems for both general and specific mission tasks. This includes, but is not limited to, testing theory, deterministic and non-deterministic testing, creation of procedures and apparatuses, evaluation of systems and sensors, testing of missions or functionality, and simulation.